Currently operating out of 14 countries (United Kingdom, France, Germany, Italy, Spain, Belgium, Switzerland, Austria, Denmark, Sweden, Norway, Finland, Portugal and the Netherlands) Opodo is one of Europe's leading online travel agencies for flight bookings and hotel reservations. Created 18 years ago by a consortium of European airline companies, it has developed its services to become a major player in online travel booking.

Find out what makes Opodo unique!

Almost 20 years of expertise in organising trips and travels 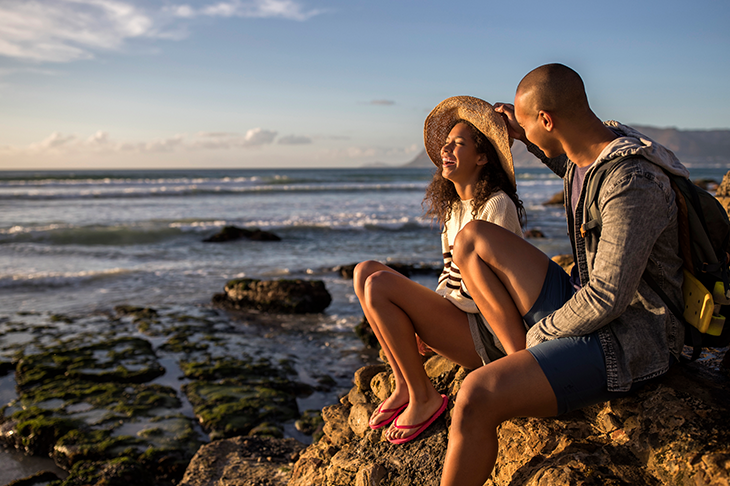 Founded in 2001 through a collaboration between several airline companies including Air France, British Airways, KLM, Lufthansa, Iberia, Alitalia, Finnair, Aer Lingus and Austrian Airlines, Opodo then became majority-owned by Amadeus, a company specialising in the sale and distribution of travel services, before becoming part of the eDreams ODIGEO group in 2011.

The eDreams ODIGEO group also comprises other stakeholders in the tourism sector, such as Liligo, eDreams and Travelink. It is currently Europe's No.1 online travel company. Operating in 46 markets, eDreams ODIGEO is also the world's largest distributor of flight tickets.

Throughout its history, Opodo has continually broadened its scope of expertise, from its primary focus on selling air tickets, to becoming a comprehensive travel agency offering flight tickets, custom trips, hotel bookings, holiday home rentals, car hire and even cruises. Today, it represents an essential partner for travellers.

As a travel expert, the company has published its Opodo Barometer every year since 2003, produced by the firm Raffour Interactif. Based on interviews with 1000 French citizens considered representative of the population, the survey highlights significant trends in French tourism during the previous year. It is always eagerly anticipated by the various players in the tourism industry.

Another significant development took place in 2016, when a partnership was formed with Météo-France to create a search engine called "MétéOpodo", enabling users to choose their travel destinations based on weather conditions. This innovative project was welcomed by users.

A wide range of travel options

Opodo lets you find the most affordable flights by instantly comparing offers from hundreds of airline companies operating that particular route. Simply run a search in the flight comparison engine and filter the results according to your desired criteria (flight duration, airline, schedules etc.). Once you've found your ideal flight, you can easily book your tickets via a secure payment platform. Then, a few days before departure, simply register directly on the site or mobile app.

To help you save even more on flight tickets, the travel agency recently created Opodo Prime, a subscription service enabling you to benefit from discounts on all flight reservations from your very first purchase. And given that people seldom travel alone, the membership discounts apply to all passengers travelling on the same booking (up to 9 people). More than 300,000 clients have already subscribed to Opodo Prime. What about you?

But a trip is much more than just a plane ticket… You can also search for hotels and find the best rates for your dates and destinations. Luxury hotels, large chains, guesthouses, apartments, campsites… Whatever suits you best, you'll be spoilt for choice.

And to make things even simpler, Opodo lets you book your flight + hotel together to create a tailored package with the benefit of significant savings. In fact, you could save up to 40% on your travel costs by booking your flight and hotel together.

And should you need anything else for your trip, Opodo can help you with car hire, cruises, activities and lots more. You can search for each type of service by entering the dates of your stay, your destination and details of what you require. You'll then be able to access the best deals on the market and personalize your trip!

The key benefits of using Opodo

Booking your holiday with Europe's No.1 travel agency means you benefit from exceptional support and expertise. There's a reason why millions of travellers trust this European tour operator with their holidays year after year! These are just a few of the benefits you'll enjoy by choosing Opodo:

Join millions of others in trusting Opodo to organise your holiday and enjoy fantastic service at the best price!

Take advantage of even lower prices on your flight and hotel deals. Subscribe to Opodo Prime, the first travel loyalty program of its kind, and rest assured that you’re paying rock bottom prices for your holiday. Over 1 million members have already subscribed. On average, customers save £215 when booking a week’s holiday for 2 people including flights and hotel.

The Prime subscription is added at the checkout. Start searching for cheap flights & hotels now.

With Compass by eDreams, we show you inspiring destinations you can reach from
F
Sorry, we were not able to access the requested page.
- If you have typed in the address manually, please make sure it is correct. - If you have clicked on a link to get here, there is probably an error in the link - If you have reached this site by clicking on another link, it is possible that the session e
Would you like your boarding pass?
Automatic check-in, real-time flight status updates and all the info you need for your trip - only in the app
Download on the
Android app on
Do you need help?
r
Do you need help?