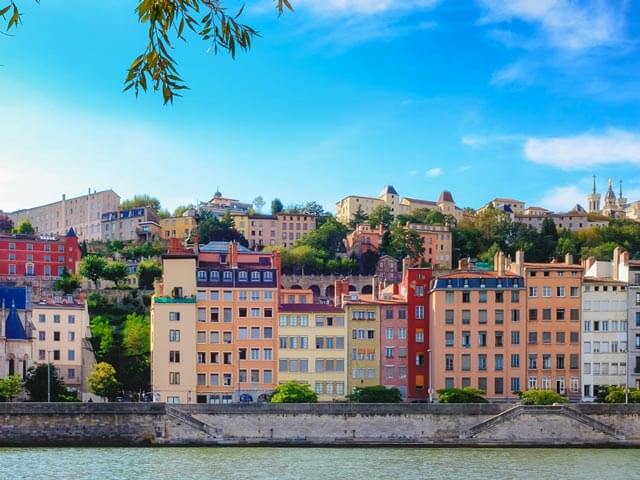 Flight and hotel in Lyon

Situated where the Rivers Rhône and Saône meet, is the city of Lyon, a substantial place that's home to half a million people. Our holiday deals to Lyon will bring you to the gastronomic capital of France – no mean feat for a country with such a stellar reputation for great food! Our all-inclusive holiday packages to Lyon will place you in one of France's most historic cities, founded over 2,000 years ago by the Romans. It's noted for having a large number of Renaissance buildings – even more than Florence! – and for the world-class Confluences Museum of anthropology and science. We'll put our world-class customer service towards making your trip a wonderful experience.

Things to know before visiting Lyon

There's nothing tricky about going to France on holiday – for a flight to Lyon, you'll just need a valid passport, with no visa requirements to worry about unless you spend more than three months on your holiday to Lyon. It's illegal to cover your face in public places in France, but otherwise there are no special dress codes for your low-cost holidays in Lyon. The local aviation hub is Saint Exupéry Airport, sometimes still referred to by its former name of Satolas; since it's the only airport in the city, planning for when you land is very simple. Naturally, planning your break with us is simple too!

What is the weather in Lyon?

Many people choose to take a flight from London to Lyon because of the French city's warm weather, and you'll notice the difference from home. The climate is classified as subtropical, and you can expect most days in summer to reach 25 degrees Celsius. This is a sunny city, too, with over 2,000 hours per year. Even in the middle of winter, frost is quite rare, and discount holidays to Lyon in January and February will mean enjoying the driest time of the year. So, on package holidays to Lyon, expect similar conditions to the UK, but with the bonus of temperatures being bumped up a few degrees! At eDreams, we're always waiting to take you to the sun.

Things to do in Lyon

Even though it's the third-largest city in France, a flight and hotel in Lyon will mean you get to enjoy an appealingly friendly atmosphere. This seeps into its tourist attractions, which include:

With the city's recent advance in terms of major museums, you can favourably compare holidays in Lyon with those in other cultural centres – check with us now to see how affordable your trip could be.

Places to visit near Lyon

It's easy and fun to take a few day trips during your holiday in Lyon and see the local area. Just outside the city is the Abode de Chaos Museum, a wonderfully bizarre modern art centre. The Beaujolais region isn't just for wine-drinkers on cheap package holidays to Lyon, as its combination of lush landscapes and glowing, golden stone villages is endlessly photogenic. If you're yearning for something more active, try climbing in the Massif des Bauges or paragliding from its ridges. You can even see the fringes of the Alps, since Annecy with its gorgeous Old Town and eclectic markets is within day-trip range. Also within easy reach are our fantastic travel deals!

What to eat in Lyon?

Take a flight from Manchester to Lyon and your stomach will be thanking you forever. Whether you prefer traditional dishes or lighter, more modern fare, our package holidays to Lyon will satisfy you. It's best to book for dinner at the busier restaurants, as many are quite compact. La Bijouterie on Rue Hippolyte Flandrin is the hipster favourite, and it serves up plenty of surprises: dim sum with spiced aubergine is heavenly. Try to visit at least one bouchon, a type of eatery specific to Lyon that specialises in local cuisine and a hearty, welcoming atmosphere. For fantastic flight and hotel deals to Lyon, get in touch with us today.